The managers of the companies, depending on the objectives they pursue, will design a specific organizational structure, with a certain level of differentiation of activities that will result in the creation of departments in which there will be different hierarchically ordered jobs, and with a certain level of integration of activities, materialized in the creation of coordination mechanisms between the departments.

The result of this design is that of a premeditated and deliberately constructed structure, which constitutes the formal organization. Although the result of this formal design, by managers, can be very disparate, there are common components that are recognized in all the structures and types of structures that occur very frequently, both in its most basic version, in a single organization, as in complex versions that involve multiple organizations, and that have been typified based on models.

Components of a formal organization 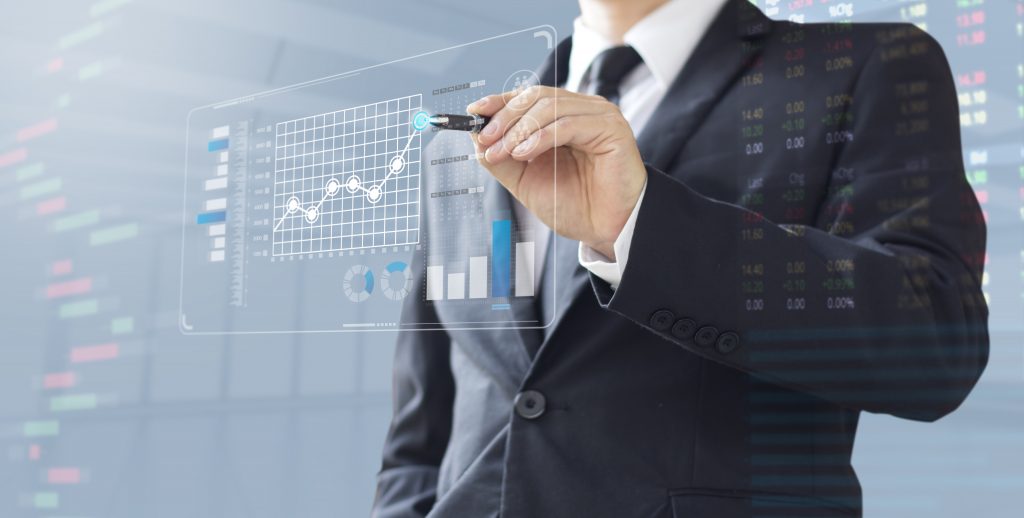 Strategic apex: corresponds to senior management, is responsible for making strategic or long-term decisions, and is responsible for formulating and fulfilling the objectives. The people that comprise it assume a global responsibility with respect to the company. 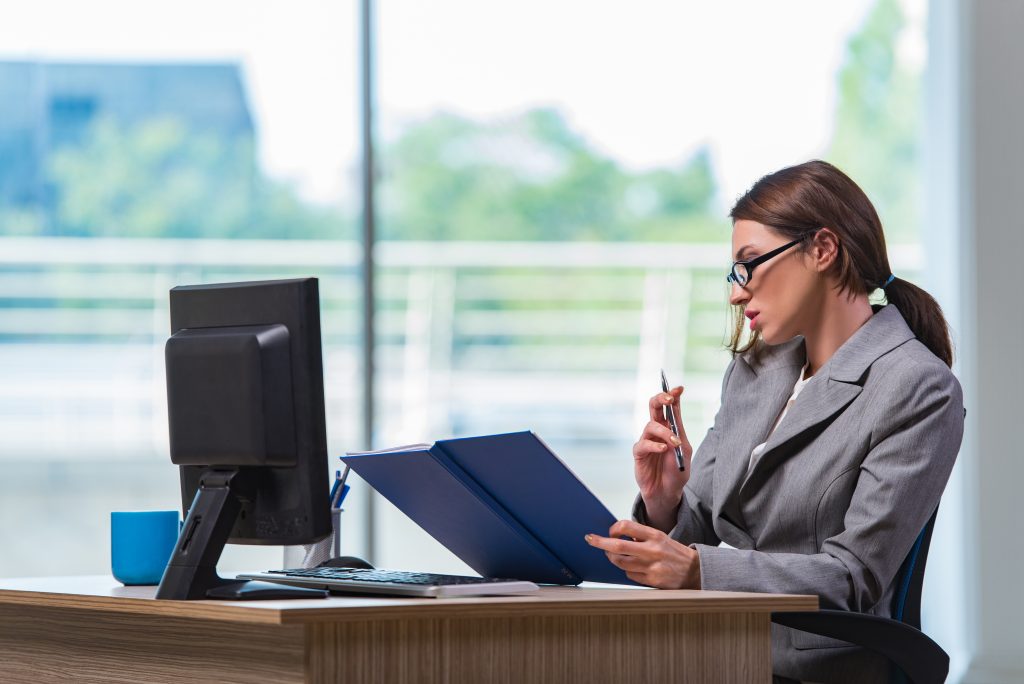 Intermediate line: Executive line staff, middle management or intermediate management that links the strategic decisions of senior management with operational decisions that have to do with the lowest levels of the structure. It usually includes functional managers who make tactical decisions and bosses who directly supervise grassroots workers. 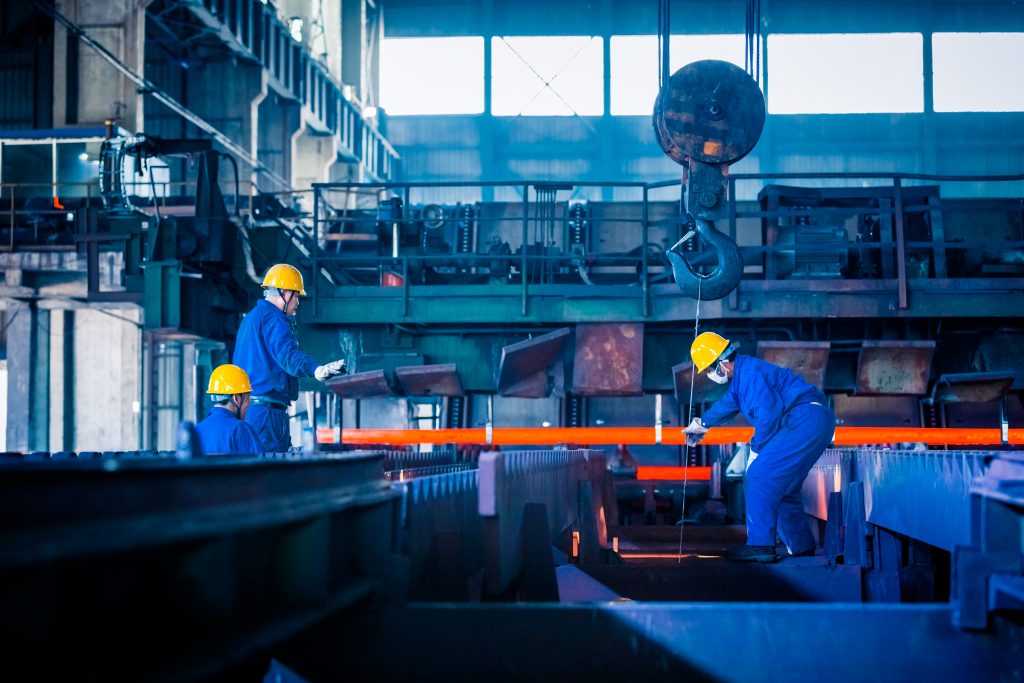 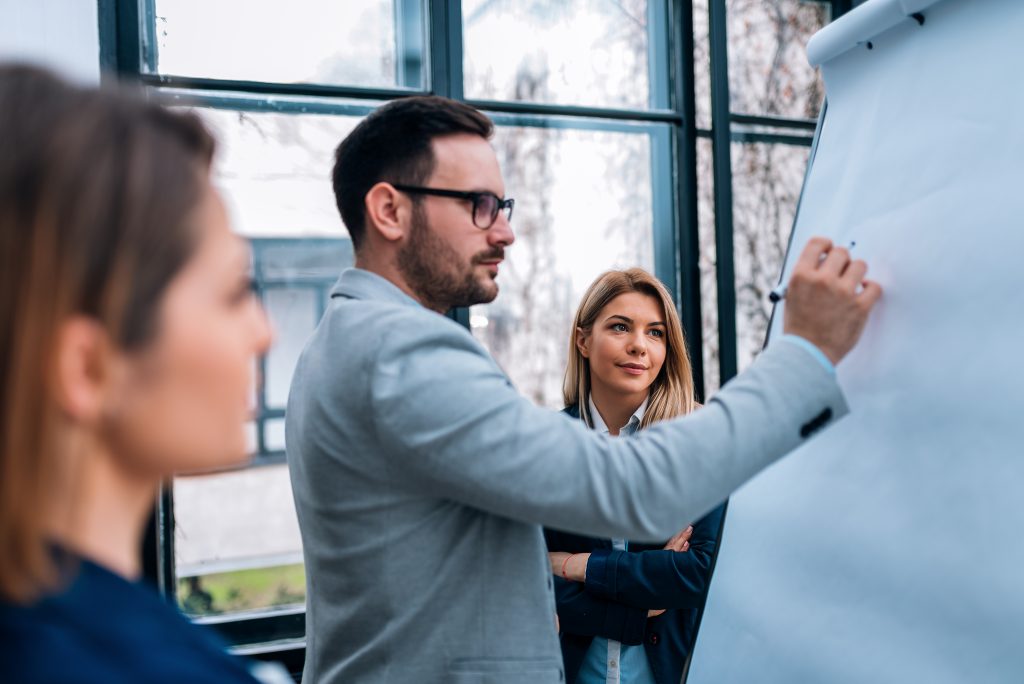 Technostructure: set of specialists or experts in the various management functions and economic activity of the company who act as analysts who plan, design and improve the work that other employees have to do and also train them to perform their functions effectively, although they do not participate directly in the realization of these. In short, we can say that they study and reform the ways of standardizing and regulating the behavior of the organization. Support staff: advisory and support staff for management and intermediate and line managers or executive staff. It is formed as specialized units of a very varied nature that do not participate directly in the production of goods and services, and whose primary function is to support the organization by providing specialized tasks and services.

Depending on the size of these basic parts of the organization, we can obtain different physiognomy of companies. For example, a company with a very broad intermediate line, which allows the centralization of decisions, has an extended appearance; while a company with a very short intermediate line, and a large core of operations, has a flat appearance and is typical of decentralized companies in which the operations core operates in a very autonomous manner.

Basic structural forms in an organization

You can distinguish four basic structures:

It is composed of the management and a group of workers and, due to its simplicity, can be considered as the lack of structure, it is characterized by the lack of definition of basic groupings. It is the type of organization of many small companies, where the address coincides with the property, and the authority is in the hands of a single person, who is usually the employer. The advantages of this structure are its simplicity, absolute control, flexibility and low operating cost. The most important drawbacks are that company and employer can be united, which raises problems of perpetuation of the company; the assumption by the employer of a large part of the risk of business activity and the impossibility of specialization in the different functions of business management.

It consists of carrying out the ordering of resources taking into account the different functions that take place in the company: production, commercial or marketing, finance or human resources management. This ordering makes the different departments complement each other and none of them can exist independently of the rest.

This structure is suitable for growing or mature organizations with a high volume of production and stable environments. As advantages, it is important to obtain high levels of efficiency, due to the degree of specialization achieved, and its foreseeable and standard behavior. The specialization of the activities makes it possible to efficiently use limited resources, to promote the improvement of managers in each functional area and to facilitate the assignment of perfectly defined responsibilities. Its main drawback is that each department can end up being guided exclusively by its particular objectives and neglecting the overall objectives of the company.

The functional organization fosters cooperation within each department, but makes coordination between different departments difficult, which restricts their flexibility or speed to adapt to changes in the environment.

Basically, it is a matrix, where people who are placed in the cells of intersection between rows and columns are subject to a double hierarchy, on the one hand, to the functional hierarchy and, on the other, to the hierarchy that obeys the grouping based in outputs.

The matrix structure breaks with the command unit by displaying two or more lines of authority, as well as two accounting systems, two reward systems, two budget systems. Among its advantages, we can emphasize that it allows treating two or more sources of diversity with equal attention; It allows serving different products, geographical areas, etc., taking advantage of the functional division, and improves decision making since it allows the participation of people with different specialties.

Among the drawbacks are the high administrative and communication costs, the complexity of the decision-making system, as well as the duality of powers can lead to constant conflicts that result in the imbalance of the organization. 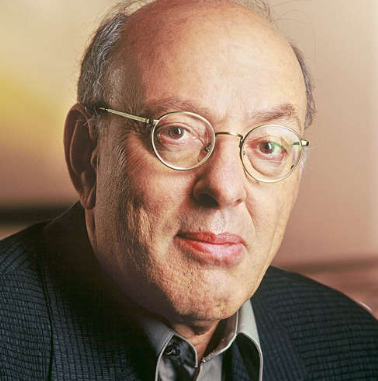 Mintzberg (1984) made a classification of structural configurations similar to the one we have shown previously and in which he distinguished between:

There are other types of organizational configurations that take into account not the individual organization, but the stable relationships that are established between a set of organizations.

It refers to a main organization that subcontracts certain activities to other companies. The main organization must have, necessarily, a strategic apex or nucleus where the top management is located. One of the components is the professional core of the organization; that is, the human resources that the company has in a stable manner, with full dedication and high levels of qualification and commitment, and that are capable of carrying out the essential productive tasks (approximately 80% of the work of the organization). 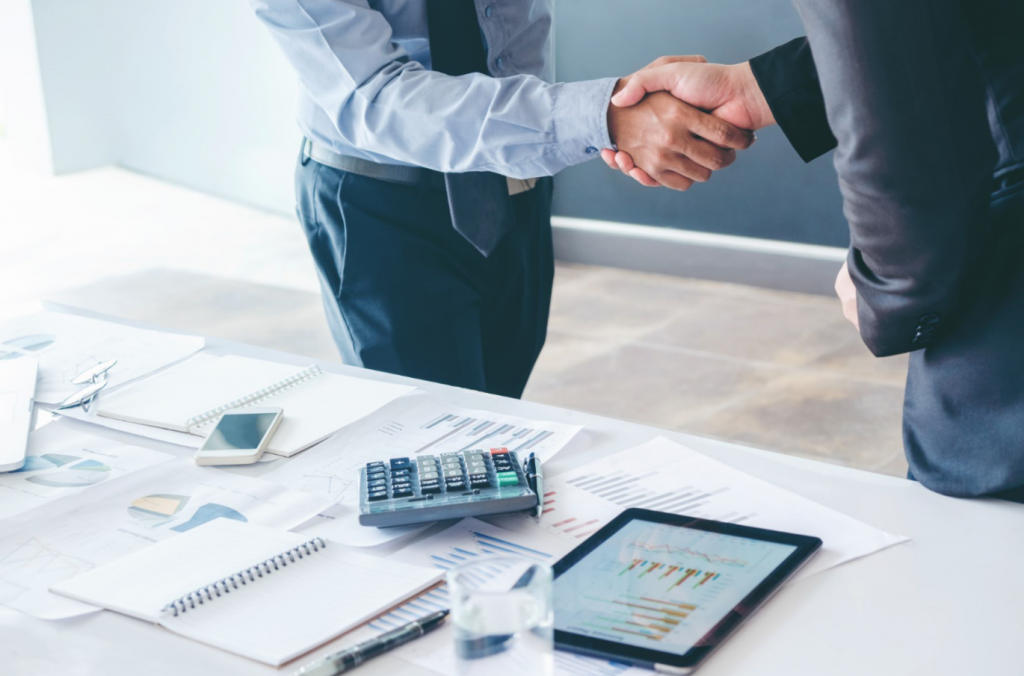 A second component is the set of subcontracted companies that carry out the activities with the lowest added value or that the main organization cannot perform at the same cost.

The last of the components of the clover is the flexible workforce, made up of part-time and temporary workers, whose amount will depend on the specific needs of each organization. Sometimes it is possible to incorporate, as a fourth component, the work of the clients themselves. This is because it is sometimes possible to involve them in the business process of the organization, with the consequent reduction in costs that this entails.

The network configuration is a modern organizational form that forms a framework of relationships between companies that work closely together and that have a high degree of decentralization, the companies within the network maintain their independence. In this type of configuration, they are specified in strategic alliances and long-term collaboration contracts between the participating organizations in the network. In the end, in the network we will have a set of companies that are excellent in each of the activities they carry out, obtaining great efficiency.

The use in the company of ICT and especially of Web technologies, has given rise to the evolution of network configuration, intensifying the ties that unite the companies that participate in a given network and interconnecting, in turn, a large number of business networks in increasingly complex and decentralized configurations. 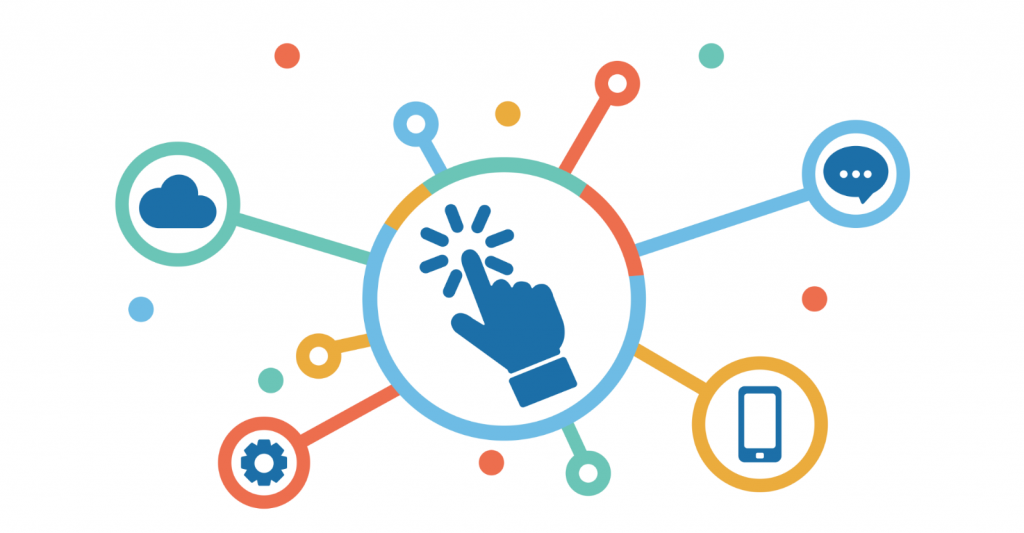 It is constituted by a set of companies among which strong interactions are established to develop a certain commercial activity, which is called a network of companies. It implies a strong collaboration between the components of the network, and has its antecedents in the Japanese Keiretsu and the Korean Chaebol.

The keiretsu is made up of large families or groups of independent organizations that work together cooperatively to ensure the competitiveness and viability of each of them, and was a key element for the economic development of Japan after the Second World War. Korean chaebols are family business groups formed by a large and diverse group of companies, and were established with the cooperation and support of the government. 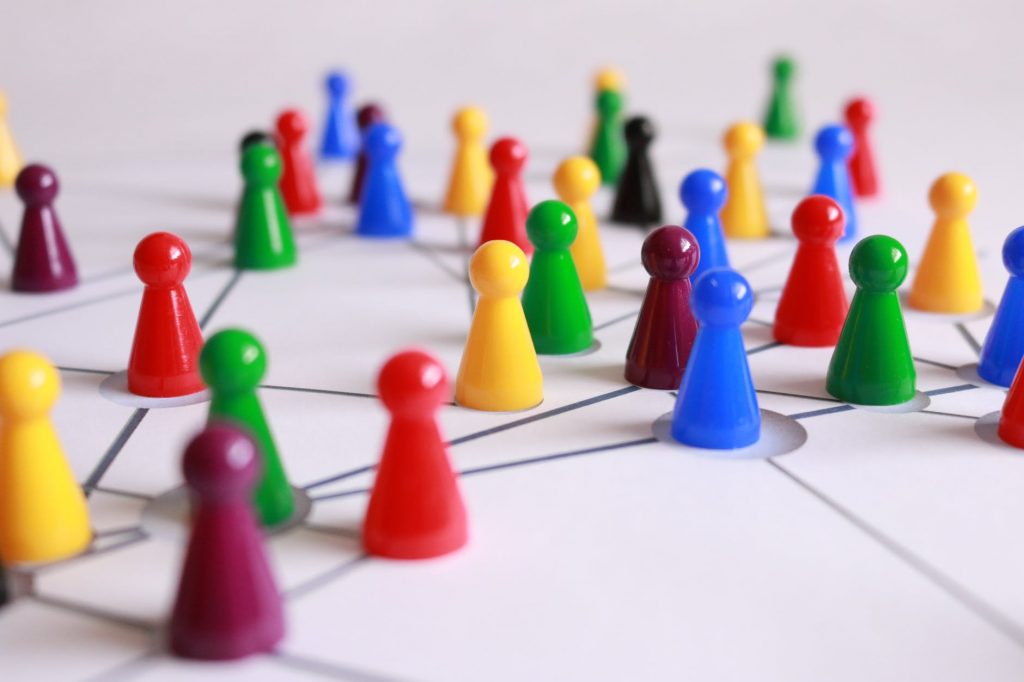 The virtual organization uses technologies that make teleworking, videoconferences or working with people with different languages ​​and cultures. We have an example of virtual organization in Amazon, an organization that emerged in the Internet age and whose main activity is the sale of books and other small products.

Through a web portal and, in its business model, it interconnects a large number of virtual libraries with which it establishes a coordination task. This virtual organization also includes the financial entities that allow electronic payment and the companies in charge of logistics, which proceed to deliver the product to the final customer.

Although truly real-time response is a technically impossible goal, different parts of a network of organizations can be arranged in an architecture that allows virtually instantaneous notification inside and outside the network, and fast and agile cooperation between units, being, in this case, the speed and agility the key elements in the competition. 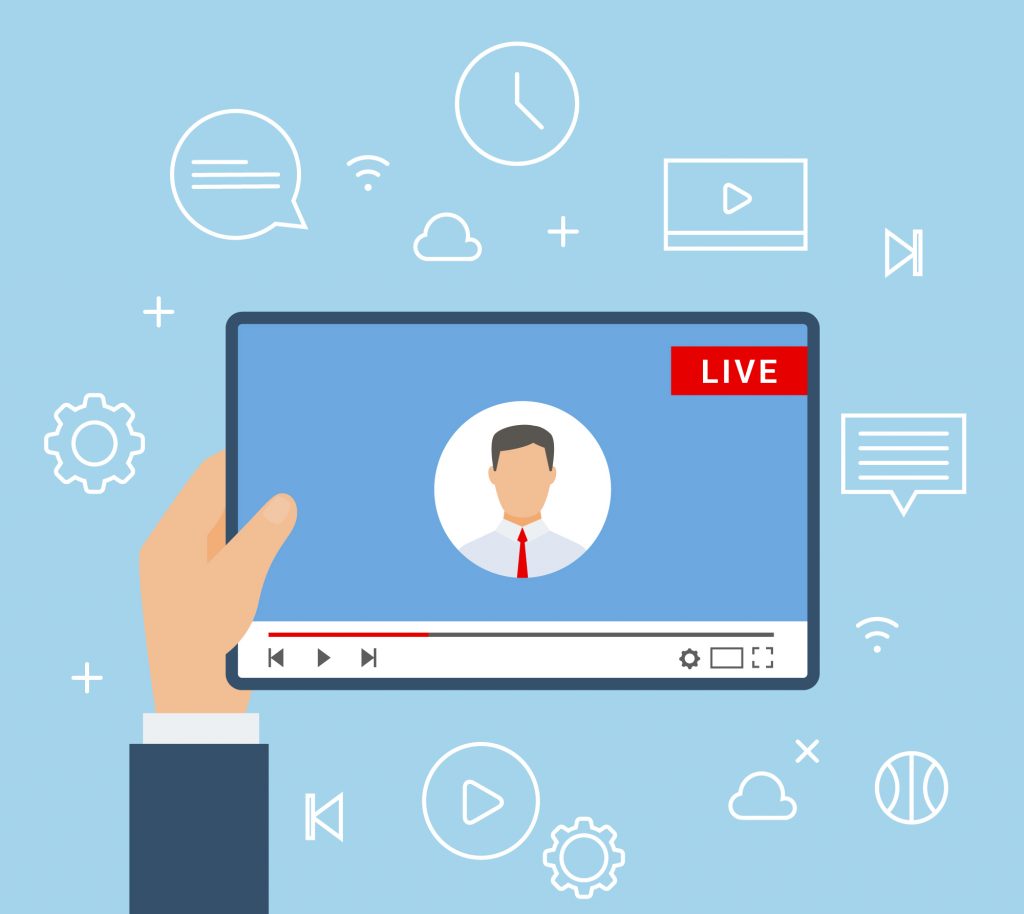 An example is the electronic auction web pages. A customer can launch an offer at the last second, so the system must be able to offer and manage information in real time.